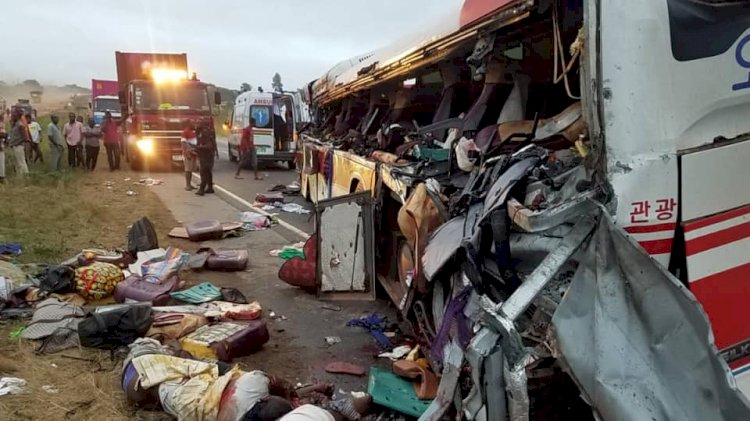 13 people are feared dead in a fatal accident that occurred near Suhum at Kyekyewere which is in the Eastern Region. In the accident which involved two busses and a trailer also left 80 people injured. Reports reaching our newsroom indicate that a DAF Cargo Truck which was going to Burkina Faso lost control crashing into two buses which were fully loaded with passengers.

Officers from the Ghana Police Service, National Disaster Management, and the Ambulance service quickly arrived at the Kyekyewere scene to take control of the situation. The injured were taken to the Suhum hospital and Nsawam hospital for treatment.