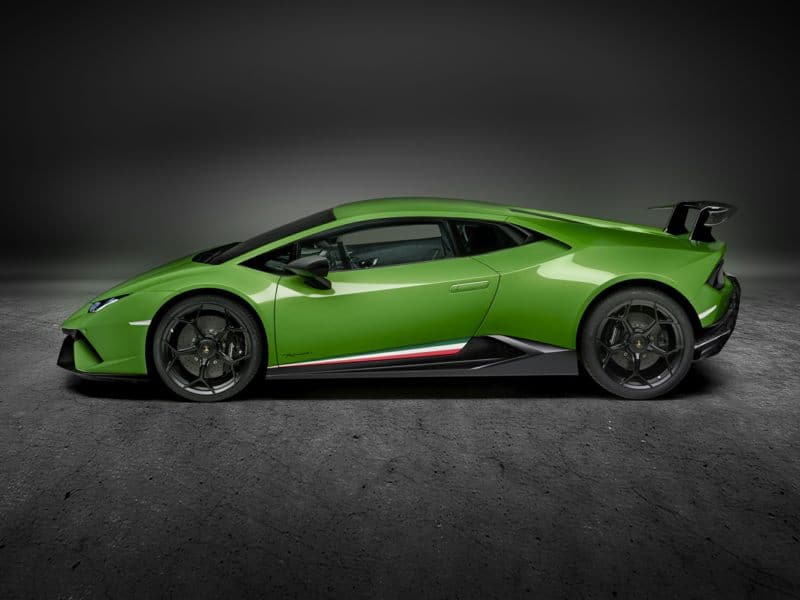 A Lamborghini Huracan Spyder, which was stolen in Switzerland’s Zurich, has been traced to the East Legon suburb of Accra, Ghana’s capital. The car was missing since June this year and carries a reward of €10,000.

According to an Instagram post by Luxury Rental Benelux, a German rental services offering high-end cars for both self-drive and chauffeur-driven, the discovered Lamborghini belongs to a friend of the company’s owner. It was rented in Zurich of Switzerland when it was lost in June.

The car is worth $266,325 or GHc1.5 million. It now carries a Nigerian number plate mentioning “Chosen 1.” Authorities both in Ghana and Germany have been informed about the discovery of the lost car.

Luxury Rental Benelux offered a reward of €10,000 to anyone providing information about the car and its retrieval following its disappearance in Zurich. It is believed that the stolen car appeared in Ghana after it was clandestinely shipped to the country from Europe through Nigeria.

Local media reports appearing in Zurich claims that the Lamborghini Huracan Spyder belongs to one Deniz Torun. This 610-hp, V-10 engine car that carries a price tag of 200,000 francs in Switzerland had the number plate ZG-27482 before it was stolen. The Instagram post by Luxury Rental Benelux had the image of the passport of the Ghanaian man, who took the car on rent.

The owner told the local newspaper Blick that he had given the car on rent to a young man from Ghana staying at the Hilton Airport Hotel in Opfikon neighborhood of Zurich. However, the man did not bring the car back on the due date and this forced him to seek police help to find out his car. They found it difficult to locate the car as its GPS was tampered with to avoid any information about its location.

According to the owner, the last GPS location of the car was traced to Jestetten, a German border town about a 40-minute drive from Zurich. The Swiss-German border crossing is located to the immediate west of this small town.

As claimed by Luxury Rental Benelux, the present Ghanaian owner with his Instagram id crossifixio.clericuzio has approached the German car rental seeking an amicable solution to the issue. It even posted a screenshot of the message sent by the Ghanaian through Instagram.

There have been many such instances of stolen European luxury cars ending up in Ghana and other West African countries, where their low price appeals to those with their new-found wealth and love for supercars.

A number of such high-end Ferraris, Lamborghinis, Bentleys, and Rolls-Royces worth $18.7 million were also recovered from Teodoro Nguema Obiang Mangue, vice-president and son of Equatorial Guinea’s president. This led to Swiss prosecutors charging him with misappropriation of the public property.

In May this year, two Ghanaians were arrested in the US city of Middletown for running an international car theft ring. Connecticut police found evidence suggesting that that the two culprits were stealing cars in the country and sending them to Ghana. Many luxury cars, including a BMW and an Audi lifted in Illinois, were retrieved from their possession.

“Instagram Big Boy Busted 3 Month After Stealing A Rental’s Lamborghini In Zurich And Shipped It Down To Ghana.”

A Teacher Quits His Teaching Career to Sell ‘nkusua” For a Living.