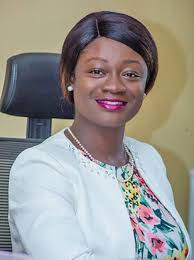 Speaking at an interview, the Executive Director of the National Board for Small Scale Industries (NBSSI) Mrs. Kosi Yankey-Ayeh has revealed that over 400 000 businesses have applied for the “Nkosuo” support, a new program established to revamp Micro, Small and Medium Enterprises (MSMEs) that were adversely hit by the Covid-19 pandemic. The applicants of the Nkosuo support program, were, according to Mrs. Yankey-Ayeh, negotiating to have GH 2 billion cedis released to them. Such efforts proved futile since NBSSI through its partner Mastercard Foundation, had an initial commitment of GH. 90million.

The Nkosuo support program which was launched on the 16th of September would provide financial assistance to businesses through soft loans and grants which will be given via fintech, mobile lenders, and banks among other participating institutions. However, the type of financial support and the amount to be granted to the eligible MSMES is depended on the repayment capacity, the need, and the enterprise size.

Agriculture, healthcare, and pharmaceuticals, water, and sanitation among other MSMEs and start-ups are the main focus behind the two-year repayment and one-year moratorium of the Nkosuo support program. The Executive Director has also confirmed that discussions with the board’s investment committee are underway to ensure all the qualified applicants will receive their supports seamlessly.

“One of the things we made clear was that if someone has benefitted from other alleviation programs, they will not befit from this one because we want other people to benefit so we can spread the wealth and opportunities. We have a database and so it tells us those who have benefited from a program and those who intend to benefit from another and so before we make payments it goes through a process and aligns all payment,” said Yankey-Ayeh.