Home Diaspora 6 dead, over 30 in hospital in Tunisia after consuming poisoned alcohol
Diaspora 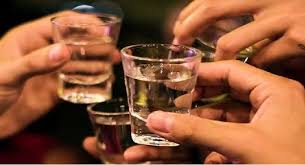 6 people have died and more than 30 are in hospital in Tunisia also consuming poisonous homemade alcohol. The alcohol was distributed in several towns in the province of Kairouan. The distribution and consumption happened on Sunday while people were celebrating Eid al-Fitr.

A woman is said to have been arrested selling the alcohol and 87 liters of the brew seized. The area police said they are sensitizing people about homemade alcohol to avoid such cases. In the past, Tunisia has had similar cases were homemade alcohol having Methanol poisoning. The arrested woman will remain in police custody as police conduct investigation.