Home News A 9-year-old boy dies while trying to emulating a suicidal Scene on TV.
News

A 9-year-old boy dies while trying to emulating a suicidal Scene on TV. 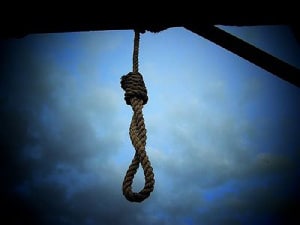 A 9 years old boy passed away while trying to emulate a suicide Scene on the TV. The family found him hanging on a stick, on Thursday, May 20 at 2.pm.

“He refused to join me to the market and so I left him at home. When I returned to prepare food, I realized he could not be traced and so I went to the hall to get some matches to set fire, I entered the bedroom I thought he was fast asleep but I raised the curtain a bit further I saw him hanging,” his grandmother narrated.

The neighbors revealed that the late and his friends had been to imitate the suicide act of Leticia Kyere Pinaman who hanged herself at the School’s dining hall on Monday.

The late boy’s grandmother requested the media houses to measure the kind of content they put on the air. She also told them to act professionally and stop showing such pictures on the TV.