Home Culture A Lecture has filed a lawsuit requesting the Supreme court to declare that man was created by God.
Culture

A Lecture has filed a lawsuit requesting the Supreme court to declare that man was created by God. 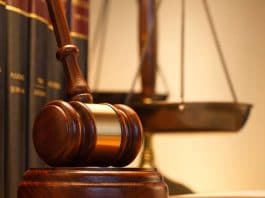 Johnson Anane, has filed a lawsuit at the supreme court requesting God to be declared as the creator for human beings. The assistant lecture at the Sunyai Technical University asked the court to clarify that man did not undergo evolution as some scientists claim.

Besides, Johnson Anane, said that days, nights, years, and seasons were created by God and are not a result of the revolution of the earth. According to him the theory of Evolution and the theory of the Solar system are against the Bible teachings. “The theories imply that the creative work of God as stated in Genesis has been canceled, denied or nullified.”
Furthermore, the lecture wants the supreme court to eliminate the study of the theory of Evolution and the solar system in the county. “These theories are taught in schools and need to be banned or abolished,” Johnson Anane stated.

The Attorney-general has requested the court to dismiss Anane’s lawsuit because it is an abuse of the court’s process. According to him, the case does not state any constitutional violence of the users. “The motion is incompetent and does not properly invoke the court’s jurisdiction under Article2(1) and (2) of the Constitution of Ghana, 1992 and does not also comply with the rule 45 and 46 of the Supreme court Rules, I996 C.I.16,” the attorney general stated.

A spiritualist has cautioned Naana Opoku Agyemang to be aware that his family wants to destroy her with blindness.