Home News A man has been arrested for intentionally killing his wife at a Guest House in Somanya.
News

A man has been arrested for intentionally killing his wife at a Guest House in Somanya. 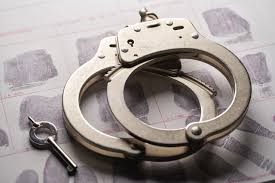 The police of Somanya have arrested the husband of a lady who was killed last week in a guest house. The management of the Guesthouse disclosed that the suspect visited the late wife in her room before she was found dead.

On 10th April 2021, the family members together with the husband of the late lady were invited by the Akosombo Divisional Crime Officer to the Somanya District Police Headquarters. The police wanted to acquire any important information that could help them arrest the murderer.

One of the employees of Gameli Guest House identified the deceased’s husband as the one who accompanied the late woman to her room. He revealed that the suspect kept on sending her late wife to purchase for him some commodities from a shop. This made the employee very curious and he had to master his face. Two other employees backed what the first employee said.

The suspect was arrested and is currently detained at the Somanya police station. He will face the court on 12th April 2021.

Princess Shyngle’s said her husband is a mistake.