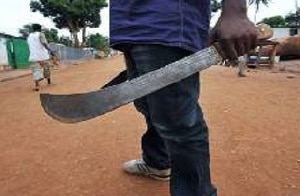 A lady aged 38 has been killed by her husband for denying him sex. The man, by the name Kwesi Owusu also killed himself a few meters from the scene.

A few family members revealed that the man has been saying that his wife deny him sex. The body of the lady was found dead one day after the two went to the farm and never showed up.

Some reports indicate that the woman used to provide for their six children and her husband. While Speaking during an interview, the head of the Bretuo Clan said, “The man used to accuse the deceased of infidelity, an allegation she denied. His wife was the one who took care of the children, but you don’t depend on a woman for everything, shirk your responsibility and in the night, you want to sleep with her as well. It is because she denied him sex that is why he killed her.”

I Like Dating Wealthy men who are Impotent- Actress HaijaFauzy.