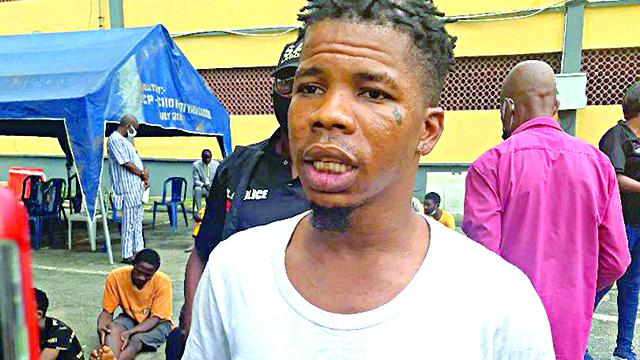 A Nigerian man has confessed to being a criminal and a rapist too. In a video that has since gone viral, the man said that he was a robber and sometimes he would rape his victims. He was explaining to the police reasons why he should be killed. The man who was identified as Adeniyi Ajayi said that he had however raped only three women not over 30 as claimed by people.

He said that in the past he had been jailed for stealing a phone. He added that when he was finally released he went back to crime because no one was willing to help him. He told police that he preferred to be killed because he did not want to continue causing problems in Nigeria.