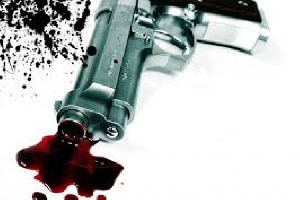 A gang of armed robbers is reportedly said to have shot dead a 25-year-old nurse and injured two others along the Subinso – Nchiraa road in the Wenchi Municipality. According, to Ofosu Nuamah, a survivor of the robbery attack, the robbers rushed to the middle of the road and started firing gunshots resulting in the death of the nurse who was later identified as Erica Adufa.

It is reported that the robbery attack involved the shooting of a taxi Opel Astra car on which three passengers and a driver were aboard traveling from Subinso II to Nchiraa. The armed robbers fired gunshots at all travelers in the taxi in an incident that saw the 25-year-old-nurse die on the spot while the driver was left in a critical condition. The two other passengers sustained various degrees of injury.

The injured victims of the robbery attack were rushed to Wenchi Methodist Hospital for treatment while the passenger who was in a critical condition was referred to Komfo Anokye Teaching Hospital in Kumasi for advanced treatment. Meanwhile, the police are yet to make any arrests and have instead remained quiet on the incident.

The Government is doing whatever it takes to Avoid Middlemen in the Procurement of the Corona Virus Vaccines, Says Dr. Nsiah-Asare