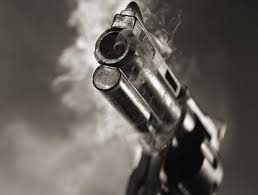 A Rapid Development Force2 officer stationed at the Bono Regional Police station named Rexford Amoako has allegedly been mistakenly killed by a colleague. The officer is said to have died when one of his colleagues accidentally fired his gun while they were conducting their highway patrol duties killing Amoako.

The incident was confirmed by the Bono Regional Public Relations Officer Augustine Kingsley Oppong. According to Kingsley: “An investigation has begun to establish what actually took place and further developments shall be communicated to the public.”