Home Entertainment Actress Kisa Gbekle confesses that she doesn’t mind getting pregnant out of wedlock.
Entertainment 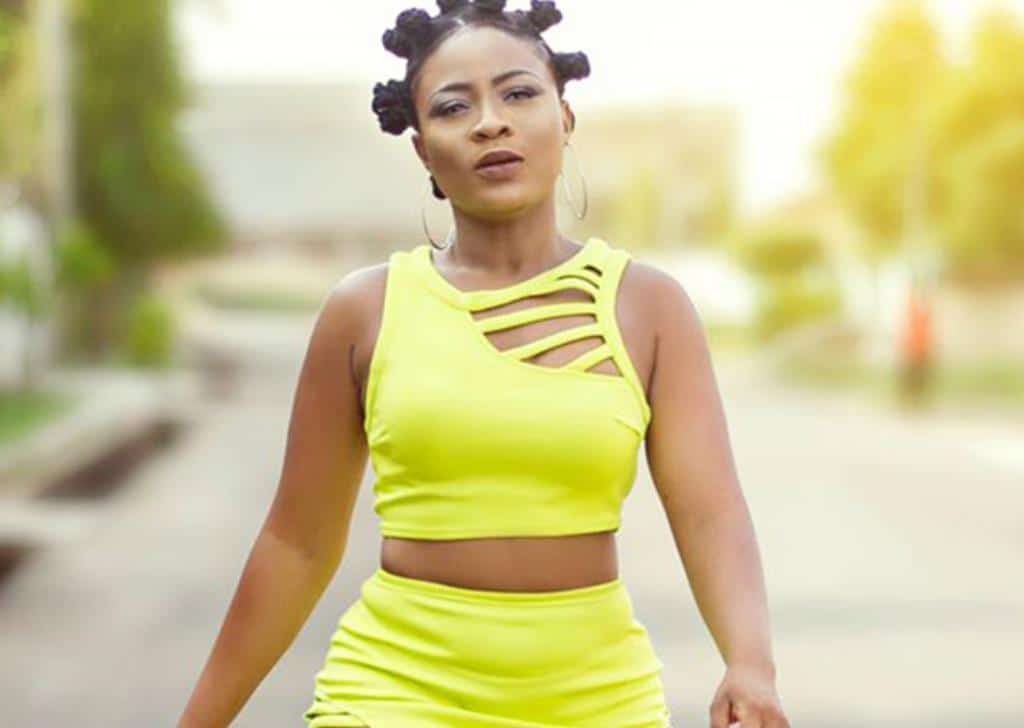 In a new video, actress Kisa Gbekle has made a rather strong statement about getting pregnant before marriage.

In the video, while discussing with some people, she implied that she was not worried about having a child before marriage.

According to Kisa Gbekle, it would be fashionable either way marrying before having a baby or not having a baby.

Besides, Kisa Gbekle was more tilted to the truth that pregnancy could be first on her mind before getting married.

“Anyone that comes I am okay. I can even get pregnant now, I don’t mind,” the actress was heard saying.

The majority of Africans, mainly Ghanaians, see childbirth out of the marriage as a taboo and something borne out of sin.

Parents usually counsel their children to get married, settle in accordingly with their partners before deciding to have babies.