Home News Adoney finds her baby who was stolen at birth.
News

Adoney finds her baby who was stolen at birth. 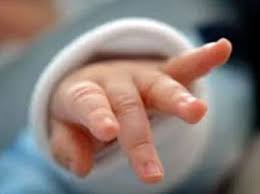 Adoney has revealed how she lost her baby boy immediately after giving birth. She said that after seeing her child, she was injected to sleep, and therefore, she could not remember anything that happened afterward. Adoney said that her child was taken to India. “My child was shown to me but I was later informed that he is dead,” she stated.

“Recently, a man of God prophesied that I will find a precious thing. Someone from New Delphi in India called me 3 days after the prophecy and informed me that she was given my baby by one of the nurses,” Adoney narrated. The Woman said that the boy is currently at University and that she sent a picture of his child and also spoke to him.

Ibrahim Mahama withdrew the remaining 0.60 from Owusu Bempah’s account without any considerations.