Home Entertainment Akrobeto has revealed that he stopped wetting the bed at 18 years.
Entertainment 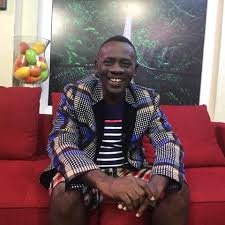 Kwasi Akrobeto has revealed that he stopped wetting his bed at the age of eighteen. He said that it was not easy for him to quit this habit while staying with his parents.

Akrobeto revealed that his siblings used to humiliate him and took advantage of his weakness to get whatever they wanted from him. According to this actor, he managed to quit this habit in Accra after going to stay with Apostle Kwadwo Sarfo. Besides, some men also motivated him to stop the behaviour.

While revealing this Akrobeto said, “The day I was brought to Apostle Kwadwo Sarfo when night fell, I could not go to sleep because I knew if I should sleep, I will urinate on my bed. While everyone in the house was asleep, I was wide awake so I don’t urinate. Apostle Kwadwo noticed that I was not asleep and told me to go and sleep. He asked me what my problem was and I confessed that I’m a bed-wetter and he said that I should go and sleep and urinate because he bought the bed and that there was another woman in the house who also urinated. That encouraged me and helped me to stop bedwetting.”

Torian Wilson Has been charged with killing a US-based Ghanaian Citizen.