Home Business Akufo-Addo complains about how Africa is Treated in Trade agreements.
Business

Akufo-Addo complains about how Africa is Treated in Trade agreements. 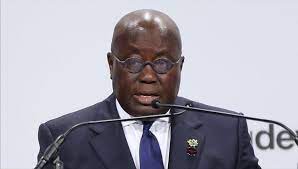 Ghanaian President have lamented how Africa is treated by developed countries during trade partnerships. Nana Akufo-Addo said that the guidelines of trade and investment activities that exist among the developed countries are altered every time Africa becomes part of the trade agreements.

President Akufo-Addo said this during the EBII Africa Investment Risk and compliance (IRC) Summit in London on Saturday, July 3. “We have all agreed that for Africa to be to transform ourselves and become the epitome of the economic empowerment and self-reliance, she needs to have the wherewithal to be able to protect and promote the resources at her disposal hence the need to build a robust financial compliance system and ensure strict enforcement of the systems,” He stated

“Africa is the Place where the normal rules and guide behaviour elsewhere can be and are suspended. Once it is the continent of Africa, things must necessarily be somewhat different. From as far back as we can think, we will see that the world has always dealt with Africa in a manner that is different from how other parts of the world are regarded and threatened,” Nana-Akufo Stated

“The rules that have been drawn up to guide the rest of the world in trade, investment, ethics, environment, governance which are accepted as part of normal conventions have thrown out or changed when the area of operation moves from Oxford to Cape Coast. If the African Continent were not seen as a place where regular rules can be and are regular rules can be and are regularly broken, I dare say we will not be gathered here today to grapple with the subject of this conference.”

KiDi says that he became too proud hence, he did not win VGMA Artiste of the Year.

Joseph Paul Amoah will not be in the Men’s 200m Final at Tokyo Olympics.