Akufo-Addo has no authority to remove auditor general – Kofi Bentil 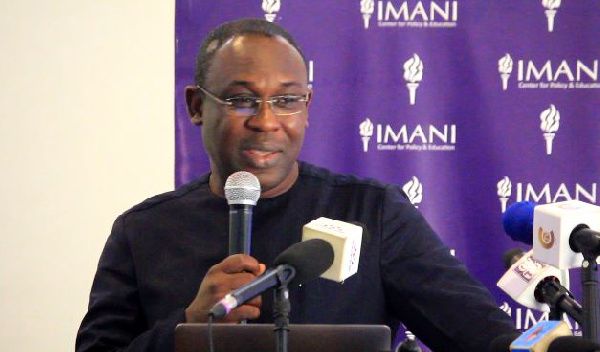 Senior Vice President of IMANI Africa Kofi Bentil has said that President Akufo-Addo does not have the power to remove or punish the auditor general. Bentil noted that the president would have had nothing to do if the auditor general had refused to take the forced leave.

Late last month the president directed the Auditor General Daniel Yaw Domelevo to take his accumulated 123 leave days. However, the Auditor general replied to the president’s directive indicating that the president had gone against the law and that the directive was not in good faith. He noted that he was being punished for his work which was embarrassing the government.

According to the Auditor General: “The President has at all times acted based on sound legal principles, the rule of law and good governance practices and the good people of Ghana cannot be misled by your lack of understanding of the position of the law, for which you may be forgiven since you are not a lawyer.

“Annual leave is mandatory and that one of the purposes of Section 31 is to prevent the worker from converting his accumulated annual leave to cash to the detriment of his health and wellbeing. Thus, your assertion that you may waive your entitlement to annual leave is unlawful and misconceived.

The president and the Auditor general seem to be in a cold war which may end up being messy.