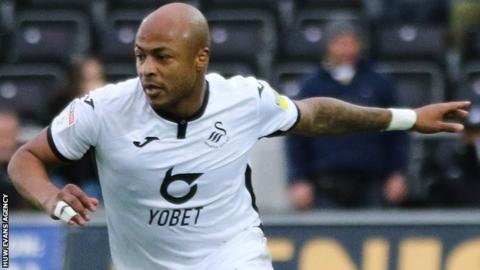 Black Stars and Swansea City forward Andre Ayew scored a massive volley to help his team win the first leg of the Championship play-offs against Brentford. Before the goal, Ayew had missed a penalty in the 64th minute. He then claimed the winner with the goal expected to be among the goals of the season. With that goal, he has now scored 16 championship goals this season.

According to Swansea manager Steve Cooper: “Andre has missed a penalty, but brushed it off and raised his game even more, and it came off with the goal. To have such an impact and score the goal tells you everything about the mentality he has. His mentality is of the highest order, to brush off the disappointing return from a penalty where you fancied him.”