Home Politics Andrew Fomena has said that he is still winning even though NPP has sacked Him.
Politics

Andrew Fomena has said that he is still winning even though NPP has sacked Him. 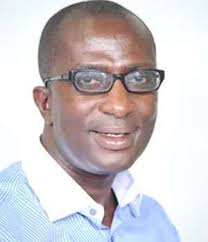 Fomena Andrew Amoaka Asiamah, has said that nothing will hinder him from vying for M.P as an independent candidate in the upcoming elections. He has also insisted that he is optimistic to win, and nothing will prevent him from contesting as an M.P.

According to the General Secretary for the NPP, they had suspended Fomena Andrew because of going, Independent. The NPP has written to the speaker of parliament to inform him about his removal from the parliament.

Kennedy Agyapong has promised to lobby for an appointment for him in case he changes his decision to run as an Independent Candidate.
“If he rescinds his decision to go independent, I will personally lead the lobby for him after the elections. However, if he decides not to listen, then he has no love for the NPP and we will treat him as such.”

Despite Kennedy’s promises, Andrew Asiamah has said that he is still a member of NPP and he will continue performing his parliamentary duties. He has said that there is no official communication that has been given to him to the effect of his dismissal from the party.

Speaking during an interview he said “If they have sacked me, I am still part of them…They are saying they have dismissed me but I am still winning for the party,”

23 1D1F factories have received recognition certificates from the Government

John Magufuli has been re-elected as Tanzania’s President.