Aristide Bance has finally spoken about Beating Ghana during the 2013 AFCON. 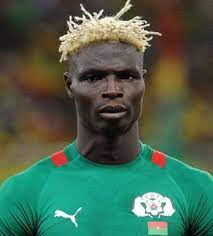 The Ex-Burkina Faso Forward, Aristide Bance has finally disclosed that scoring against the Black Stars during the 2013 AFCON Competition in South Africa made him Famous. He played an important role in that match which made Burkina Faso qualify for their First AFCON Finals. Burkina Faso defeated the Black Stars in the semifinals on penalties.

Aristide Bance said this was one of the best moments in his football career. “Ghana is a very good football country. When you score against Ghana in an AFCON your name goes far.”

He revealed that meeting the former Black stars defender Isaac Vorsha motivated him to score, “When I played for Mainz in the Bundesliga, Vorsah was with Hoffenheim in the Bundesliga. We won 1-0 in the game and after meeting him again in the AFCON I told myself we were going to beat him again.”

The Black Stars will be Playing against Morocco, Comoros, and Gabon in 2022 AFCON.

Former President John Mahama has scheduled a ‘thank you tour’