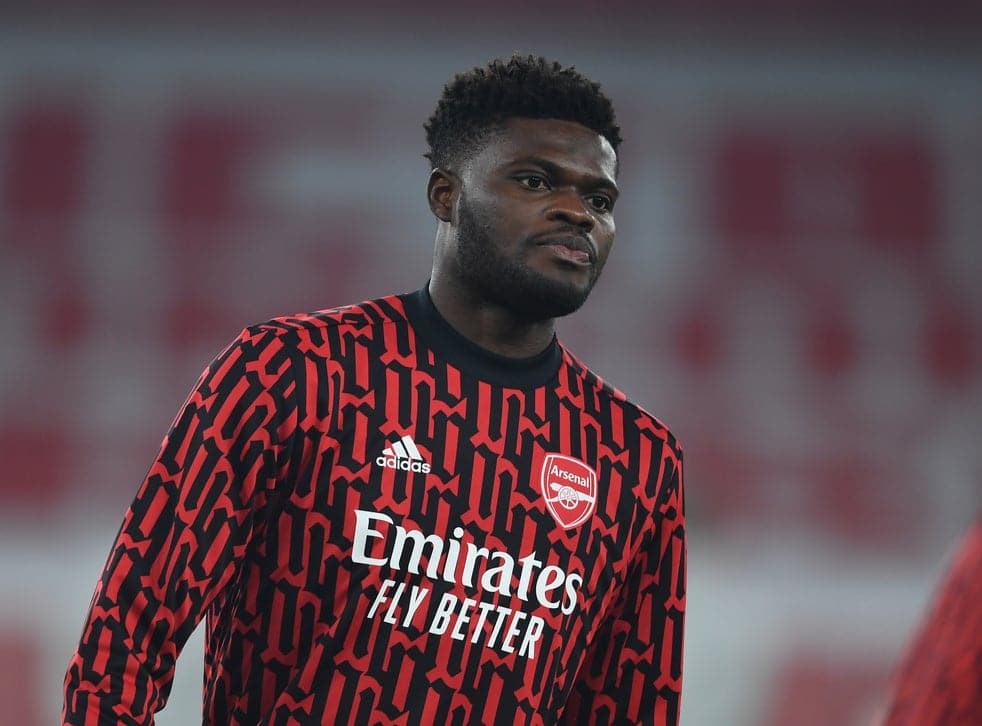 Mikel Arteta, the Arsenal coach, has disclosed that Thomas Partey is not going to play the next few games because he suffered a serious thigh injury. Though the midfielder had been hoping to heal after the international break to play, the injury is worse than the club first expected. According to reports, Thomas Partey will not be available until next year.

Partey did not play on Sunday’s 2-1 defeat against Wolves and Arteta confirmed that Partey will not play the next few games after the game whiles speaking to the media. “He had an injury very early in the game, he wanted to continue the second half.”

“We knew it was a significant injury. He’s done very well and he’s working very hard, he wants to be available.”
He concluded by saying “Hopefully we can get him back soon but it’s an area we need to be careful and we need to be protected with the player. ‘I don’t think he will be with us in the next few games.”

Patrick Razak says he prefers his team success over his glory