Asante Kotoko Coach has revealed that they intended to defeat Great Olympics. 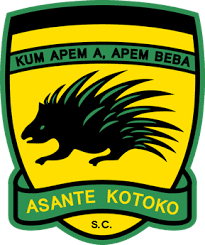 Mariano Barreto, has disclosed that Asante Kotoko wanted to defeat the Great Olympics. He further refused the claims that, his club just wanted to draw. While speaking during the interview, Mariano said that the chances of winning were very high, but his team did not manage to win.

According to Mariano Barreto, they were anticipating a very tough game against the Olympics nevertheless they managed to draw. “We feel we have lost two points but Great Olympics played well also but we didn’t allow them to play. We knew the game would be very complicated because Great Olympics were eager for a win but we showed that we are not afraid of any team.”

“We created some chance to score but couldn’t capitalize on them due to some bad decision by some players, but we have to improve more to become a top team especially with the telepathy between the players,” the coach stated.