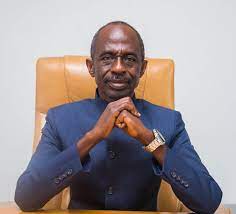 Asiedu Nketia has expressed his sadness following the chief justice’s decision to file a petition with the General Legal Counsel over comments made by Dr. Dominic Ayine. According to Asiedu, the chief justice is forcing legal practitioners to respect him. He insisted that NDC will strongly rebuke any strategies by the chief justice to intimidate its members.

“You earn the faith and belief of the people; you do not force it. What is Dr. Ayine going to explain and to whom because I don’t even know who is the chairman of the council? We have realized the Chief Justice is trying to intimidate Dr. Ayine, but I also want to tell him that you may want to scare a Zongo boy but not with a long beard,” he stated.

“These Comments are made against the backdrop of the supreme court discharging Dr.Ayine on a charge of Contempt for similar comments made against members of the supreme court during the election petition hearing. Dr. Ayine apologized profusely when he appeared before the court on the contempt charge and admitted to having made comments which were unbecoming of a Lawyer of his standing and a former Deputy Attorney-General,” Asiedu stated.

GFA Has Appointed Referee Daniel Laryea to officiate Hearts of Oak and The Kotoko.