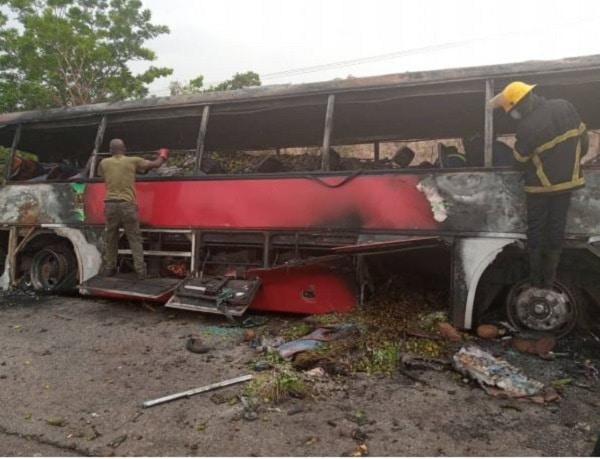 Dozens of people died today after a Yutong bus collided with a mini sprinter in the Kintampo-Tamale road. Immediately after the collision, the two vehicles went up on flames burning about 30 people beyond recognition. In the accident, only six people survived even though the police have not established the exact number of people who were on board the two vehicles.

The accident happened at about 4:20 am on Monday 9 March 2020. Bodies of the deceased were taken to the Kintampo Government Hospital. The accident also claimed the lives of the two drivers. Police have been stationed at the accident scene since morning with investigations still ongoing.

[…] said that the driver will be charged in a court of law. This comes less than a week when more than 30 people lost their lives after two vehicles collided. Both vehicles caught fire burning those […]