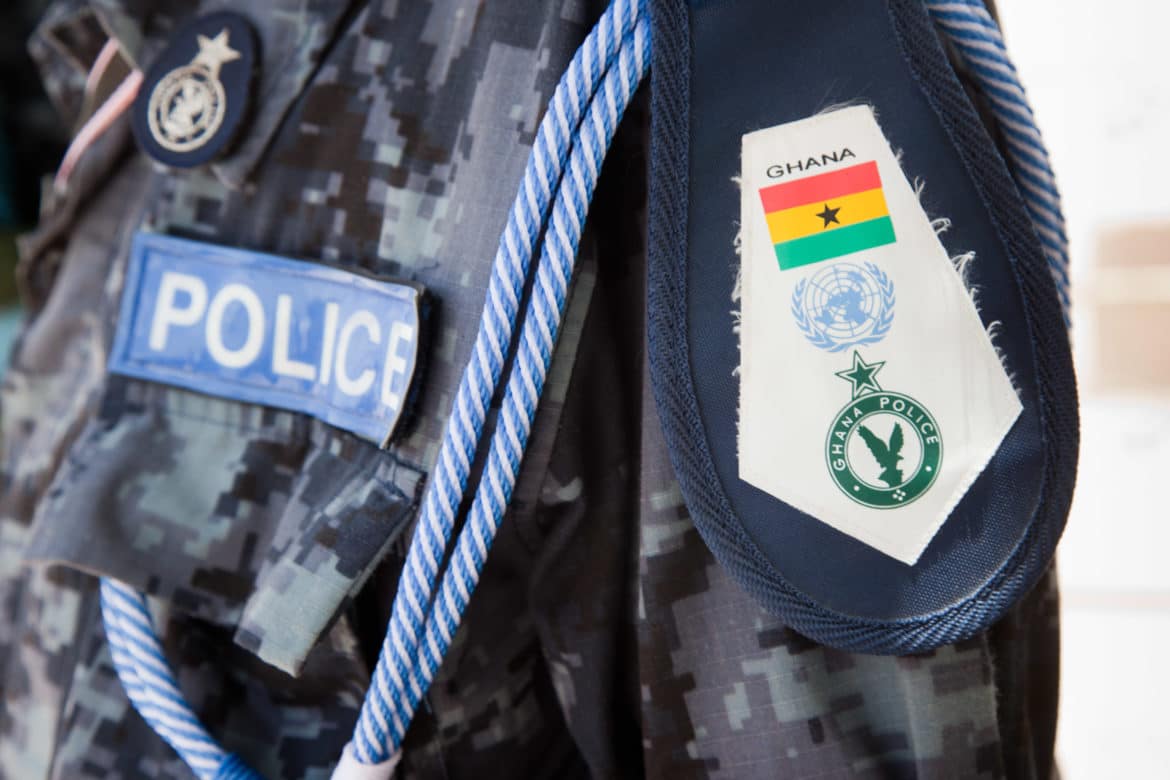 Medical Practitioner, Dr. Frederick Yao Mac-Palm Yelled to his son ‘It is all a plot” as he was entering Kaneshie District Court on September 24, 2019. He has been detained and is being charged, alongside three other people, on a plot to destabilize the country.

The Kwame Nkrumah University of Science and Technology (KNUST) alumni was arrested on the morning of Friday, Sept 20 alongside: Ezor Kafui – a local weapons manufacturer and Bright Allan Debrah Ofusu alias ADC on charges of conspiracy to commit crime, manufacture and possession of firearms, ammunitions and explosives without lawful authority.

The dawn raid was conducted by a joint security personnel included officers from the Criminal Investigation Department of the Ghana Police Service, the Bureau of National Investigation and officers of the Defense Intelligence. This was a culmination of 15 month surveillance on the suspects that commenced in June 2018 when Dr. Mac-Pal and Bright, Allan started organizing a series of meetings at the Next Door Beach Resort in Teshie to kick-start their plans.

A statement released by the Ghana Ministry of Information claims that between the months of June and August 2018, Mr. Bright, Allan, on behalf of Dr. Mac-Palm contacted several serving military personnel with plans on watching, executing and securing funding for a plot to overthrow the reins of government.

It has been confirmed that Dr. Mac-Palm and two others formed a group called “Take Action Ghana” since August 2018 under the guise of mobilizing the youth for nation building, but the available evidence points to a plan to radicalize the youth against the political authority in Ghana.The statement further goes on to point out that in July of 2019, Dr. Mac-Palm contracted Mr. Ezor to manufacture firearms and improvised explosive devices.The three men were remanded after having their charges read to them in the court presided over by Ms. Rosemond Dodua Agyiri, and did not take pleas and are set to reappear back in court on October 9, 2019.

Ghana has experienced a period of relative calm after 1981 last coup that brought Jerry Rawlings into the helm of power where he stayed for the next 20 years until 2000. Rawlings was barred by presidential term limits from running for a third term, the elections were won by John Kafour. The country is set to go to the polls next year where President Nana Afuko-Addo who was elected in 2016 is seeking a second term on the backdrop of a dissatisfied electorate who claims the current government has not done enough to meet their high expectations from the list of promises made during his campaign.

How a Ghana startup is helping to fix the food crisis