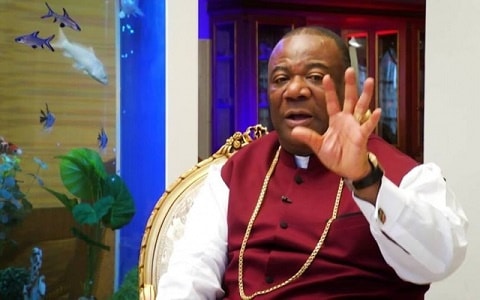 Popular Ghanaian Archbishop Nicholas Duncan Williams has banned the use of mobile phones in his office. The man of God claims that people have a bad habit of recording audios and videos and then putting them out there. While preaching on Sunday the Bishop who is also the founder of the Action Chapel International claimed that people had made it a habit of recording others. He gave an example of a person who recorded the President of Ghana Akufo-Addo.

The respected Bishop went ahead to warn his congregation not to record people without their permission. It’s at this point that he added that he had also stopped people from entering his office with phones. He noted that: “People come and play people to me, they come to my office and I’ve stopped phones from entering into my office. This society has become a very vindictive society; you record everybody and they won’t tell you they are recording you; they will set you up; that is very bad. People are even recording their fathers and their mothers; their wives and their husbands. What is wrong with you?”

This is a very sensitive period in Ghana as they head towards the General election and that is why the President is so careful about people visiting his office.