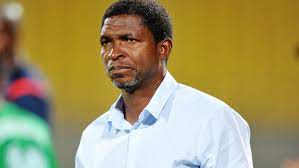 The Black Starlets club has appointed Maxwell Konadu as their new coach. Maxwell is the former striker of Asante Kotoko. Winfred Dormon and Ignatius Osei Fosu will be his assistant coaches. Ben Fokuo who has been serving as the Black Starlets Coach has now been chosen to serve as the Black Princess senior trainer.

During the 2009/2010 season Maxwell was coaching the Wa All-Stars. In 2012 he was playing with Asante Kotoko and they emerged victorious during this premier league. Recently he was playing for Upper west Heroes, Asante Kotoko, Unia Leira, and Beira-Mar in Portugal. Besides, he is an ex-coach of the Black stars.

Kate Gyamfua condemns the Minister of Roads for only constructing Roads in his constituency.

Agradaa Proves her seriousness after burning her gods.