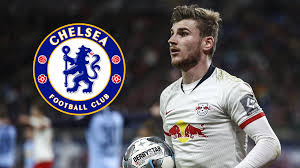 Chelsea has the signing of Timo Werner from RB Leipzig. The club and the speedy forward signed a five-year deal estimated to be £50. According to Chelsea website: “The 24-year-old has agreed on personal terms with the Blues, and will remain at the German club for the rest of the Bundesliga season. He will link up with his new team-mates in July, subject to passing a medical examination.”

“One of the most feared young strikers in Europe, Werner is renowned for his pace, movement, link-up play, and finishing ability. At Leipzig, he has most often been deployed in a front two, but he can also play out wide in a front three or as the central striker.”

Chelsea is building on a young squad. They have already completed the signing of Hakim Ziyech from Ajax and are looking to add other good players.