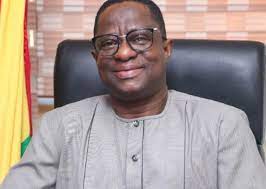 Speaking during an interaction with the media he said, “I come to government, I came out with good policies, unfortunately, the people voted me out of power because they think my policy is not good. Unfortunately, the people who are supposed to implement remain there. They must also go so that we stop this nonsense of allowing people who work in the system to destroy the system and the blame is put on a politician. We can’t allow that to continue.”

Ghana Anticipates having the Biggest Cocoa Harvest in a decade.

Pastor Evelyne Joshua will take Over the Leadership of her late husband.