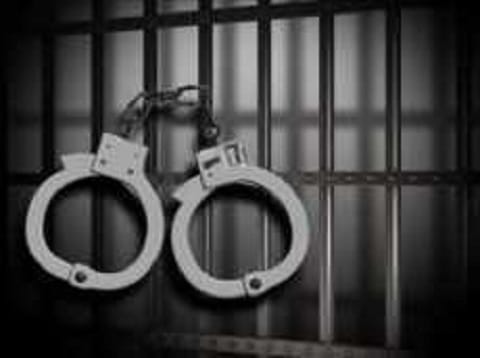 Kwasi Amoah, who is 34-years old, and his girlfriend Naomi Ofori, who is 20-year-old, has been arrested by the Sehwi Wiawso Police Command for allegedly killing their daughter, aged 2.

ASP Michael Nkekesi, the Regional Police Commander, confirmed the incident, disclosing that the Assemblyman for the region was the one who reported the case to the police.

The Assemblyman, Simon Akoh, reported the discovery of a dead body in a public Latrine at Akoti and said the mother of the late is a suspect.

After receiving the complaint, the police arrested Naomi, who after interrogation, claimed innocence and stated that, the death of her daughter was orchestrated by her boyfriend, Kwasi Amoah.

The mother of the 2-year-old girl said that the Akwasi Amoah had earlier proposed they sell off their baby for money which, she refused.

She stated that before her daughter’s body was discovered, she had gone missing for 3 days and suspected the father of the daughter for her disappearance and following death.

The police have picked up Kwasi Amoah to assist in investigations while they have the couple been remanded into police custody.

The remains of the baby have also been deposited at the Sehwi Wiawso hospital for an autopsy and preservation.