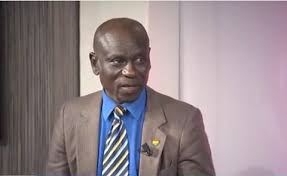 Angry residents of a community in Nkoranza consistently booed Dereck Oduro who is their Member of Parliament out of their place during the weekend. He is also the deputy Defence minister. The retired military Major, Derek Oduro, began serving as a Member of Parliament in 2007 and has served in various capacities.

The MP and his group had visited a community within his constituency but in a video trending on the social media platforms the people of that community were heard shouting to them: “Away, away!” The citizens of this community booed at the campaign vehicles that sped off the area.

The reason why the residents of this place were very sad with him is that he did not fulfill what he promised them before the 2016 election. The residents revealed that they are already tired of his lies and they will not encourage any other citizen to vote in such kind of leaders as they prepare to vote on December 7.

We are well prepared to play Sudan – Richard Ofori