Don’t spend all of your time in Church- Kennedy Agyapong 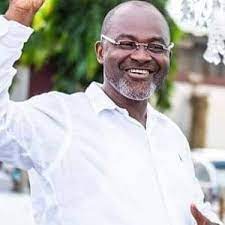 Kennedy Agyapong has told the young people to stop spending all of their time in church praying and casting out demons. He reminded them that there is work that needs to be done. According to Agyapong, some pastors misuse weak Christians to acquire their income.

“Don’t rely on any pastor for your destiny, the moment you go to the pastor he knows you’re vulnerable so they begin to put fear in you. When you have the money, you give it to them by the time you realize you are broke,” he stated.

The Assisn Central MP, reminded the youth that their destiny is in their own hands, “There is no witch anywhere; when you fail in life and you attribute it to your mother, father but when you were smoking jar, was your grandmother there. When you were stealing from your boss, were they there?” he questioned.

Business people have been urged to embrace digitization