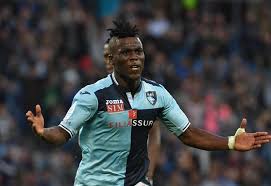 On Saturday, Ebenezer Assifuah scored his first goal of the season for Pau FC in their convincing away victory over Châteauroux, at the Stade Gaston Petit in France. During this summer is when Ebenezer Assisfuah joined Pau FC from the second-tier side AC Le Havre.

In the 9th minute, the 27-year-old striker opened the scoring with a straight shot from outside the box into the bottom left corner of the goal. In the 34th minute, the former FC Sion player made a nice pass to fellow teammate Romain Armand, giving him a chance to add the 2nd goal to make it 2-0 to the visitors.

In the 40th minute, Romain Armand assisted Ebenezer Assifuah to add the third goal. In the first half alone, Pau FC had 3 goals. These goals were enough to assist the freshly promoted team to attain their first away victory in the French Ligue 2.