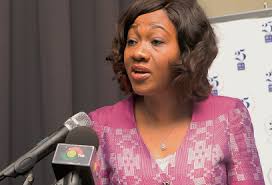 While announcing the closure of the submission of the nomination files exercise, Mrs. Jean Mensa, the Electoral Commission Chairperson, confirmed that 17 presidential bidders had risen to the task of contesting for the top electoral seat in the approaching elections due in December the 7th. Friday the 9th of October which marked the deadline for the nomination filing exercise saw fourteen of the presidential bidders file their nominations as Political Party nominees whereas the other three presented their nominations as independent candidates.

The list doesn’t end there as Rawlings of the National Democratic Party put Nana Konadu into the task with All people’s Congress entrusting Dr. Hassan Ayariga with the top seat race. Ivor Kobina joins the presidential race with Conventions People’s Party with Henry Lartey carrying the Great Consolidated Popular Party ticket. Akwesi Odike is none the less left behind with his United Progressive Party whereas Kwasi Busumbru joins the competition as the People’s Action Party’s “Big dog”.

The electoral commission further unveiled that after the forms are scrutinized by the technical and Information Technology teams, the report will be submitted on Monday the 12th of October before the successful presidential bidders are announced later in the week.