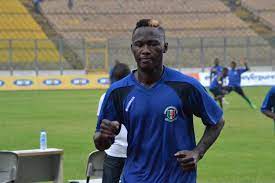 Eric Bekoe, says that he could have requested a doping test of Hearts of Oak players following their great performance on Sunday. The Hearts emerged victorious on Sunday and are currently leading on the league table with 59 points. The Hearts of Oak need six points to win the 2020/2021 Ghana Champions League.

“If I were around, I would have called for the Hearts players to be tested for doping after the game. I got scared by the comments of Samuel Boadu on Thursday after the Legon Cities game. If you look at the energy of the Hearts players, you could say they were too tough for Kotoko to Compete with,” stated during an interview.

GFA Has Appointed Referee Daniel Laryea to officiate Hearts of Oak and The Kotoko.