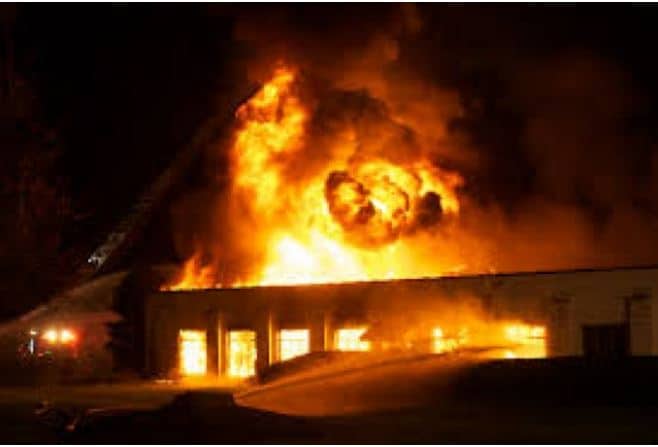 Friday night fire burned about 100 kiosks which are used as shelters for squatters in Ayawaso West Wuogon Constituency in Accra. The squatters tried their best to save anything that they would but most of their items were burned into ashes. The fire is said to have burned so many kiosks because they are so close to one another.

Even though firefighters arrived quite late they had a very hard time putting out the fire. The cause of the fire is yet to be known. The squatters are asking the government to help them since all their properties had been destroyed.