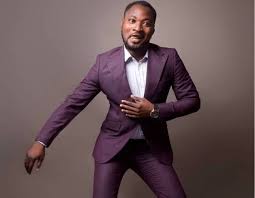 Ghanaian comedian and producer took to social media today to state that he had forgiven his ex-wife. The two had a very nasty breakup in 2017 with the couple washing their dirty linen in public. During this time Funny Face’s ex-wife claimed that he only lasted 2 minutes in bed. However, the comedian has decided to let the past go by shading the light about the 2-minute issue and forgiving his ex-wife. Funny face who has twins in the current relationship joked about the issue saying that “the 2 minutes ‘issue’ turned to twins.”

Benson Nana Boateng is a Ghanaian comedian popular by the name Funny Face. He is a very popular comedian in Ghana especially for his role in TV3 Ghana. He made his breakthrough into comedy in 2010 after featuring on the Night of 100 Laughs. Funny Face was formerly married to Madam Elizabeth Adjoa Ntim whom they divorced in 2017. The comedian is currently married to an unidentified lady and together they have twins.