Funny Face has parted ways with his second wife 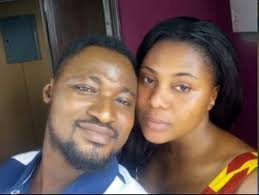 Popular comedian Funny Face is yet in another family scandal after parting ways with his second wife. The seemingly heartbroken man shared the story on Instagram blaming the split on Lil Win. Funny Face added that his wife was tricked by Lil Win to leave him because she was not emotionally strong. He went on to tell them to return his twins because they are unable to take care of them.

Funny Face went on to say that his first wife was better blaming the second wife for manipulation using their twins.

The comedian continued with his wrath citing betrayal from the only woman who ever gave him kids. The departed wife is currently three months pregnant.

In another post, Funny Face ranted that: “Have u seen da wrath of an “ EMOTIONAL FATHER “ who has been betrayed by the only woman who gave him children .. da trust , da faith and the love I have for her broken .. cos she sold me to my enemies and bloggers to destroy me ..🙏❤️ I cant sleep .. da pain of not seeing my girls .. cos she left home with dem when I was away .. a woman who points gun on me to shoot and kill me at da slightest argument .. a woman who because gave you children is using da children against u.”

In January the funny man regretted divorcing his first wife saying that the divorce had taught him a lot.

Charismatic Council begs government to lift the ban on churches