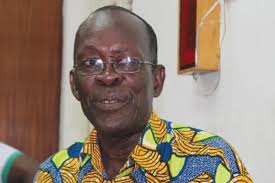 The Ghana Federation of Labour(GFL) has requested workers to be alert and probe the promises of parties competing for the December elections to make informed decisions.

In accordance with the Ghana Federation of Labour, some of the promises are impossible, false, and will worsen the living standards of workers.

The labor union has pointed out that the promise of the Akufo-Addo led the government to construct an airport in Cape Coast as one of the impossible promises workers must not fall prey to.

Abraham Koomson the general Secretary of the GFL informed Starr News that workers should reject applicants who don’t have strategies for the creation of suitable jobs and chances for growth.

“What went into the decision to build an airport in the Central Region when that is not what the people need? You need a feasibility study before taking such a decision and making the announcement. But the way the government made a U-turn after the President had categorically denied having such a plan for the construction of the airport raises serious questions about the project. This Agyapa deal is also inimical to the interest of workers because the government is misusing our resources. Let’s not be deceived by these promises for votes” he stated.

Abraham Koomson also doubted the decision by President Akufo-Addo not to debate the NDC flagbearer John Mahama before the December elections.

“This is why some of us are in favor of the challenge for a presidential debate. President Akufo-Addo must accept the challenge to debate His Excellency John Mahama for us to know whose promises are realistic and who are deceptive. It’s not just enough to make your policies and programs public. We need to have the front runners on the same platform and question them,” he proposed,

The skilled trade unionist disclosed that his defense of social democratic beliefs is firmly rooted in the global concepts of trade union movements to create a better society.

He stated that social democratic beliefs have protected the workers’ interests better than capitalism.