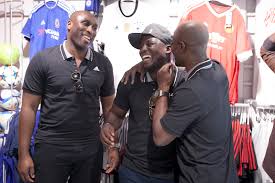 Information obtained from the Ghanaian Women Experts indicates that the Media interviews more men than females. Besides, the research showed that men monitor most radio and Television programs. The experts conducted their survey in the following stations: Starr FM’s Morning Starr, TV3’s Key Points, Peace FM’s Kookroko, Citi FM’s, Citi Breakfast Show, Joy FM’s Super Morning Show, and Joy Tv’s PM Express. The survey revealed out 1, 476 experts featured on the six monitored radio and television programs, the female experts featured were only 128 (8.7), which is a small percentage. Furthermore, the research indicates that four breakfast shows interviewed more female experts than the other shows.

“The study shows that despite being more than half of the population, 51.2 per cent to be exact, Ghanaian women’s voices and expertise remain unacknowledged in the media. Producers argue that the disparity is due to a reluctance on the part of women to appear on shows, but the figures also show that male experts were given more time during interviews than women. It is evident from the data that men are framing policies, laws and other national programs for men. The media’s gender gap is not only unfair to women, but it also reinforces harmful and dangerous gender stereotypes,” one of the researchers noted.