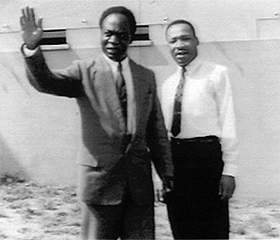 Ghana was declared independent on the 6th March 1957 with the late Dr. Kwame Nkrumah becoming the county’s first president. On 5th March 1957 which was the day before independence, Dr. Nkrumah stood emotionally at the Old Polo ground in front of several British Subjects. The former president was accompanied by Komla Gbedemah, Kojo Botsio, Krobo Edusei, and Archie Hayford.

“At long last, the battle has ended! And thus, Ghana, your beloved country is free forever! And yet again, I want to take the opportunity to thank the people of this country; the youth, the farmers, the women who have so nobly fought and won the battle.”

The day has been celebrated annually since that day. This year’s event is led by the current President Nana Addo Dankwa Akufo-Addo at the Baba Yara Sports Stadium in Kumasi. In this year’s event, the special guest will be Keith Rowley who is the Prime Minister of Trinidad and Tobago. In addition, about 150 diplomats are expected to attend the function. The stadium hosting the event has a capacity of 42,000 people and is expected to be full. 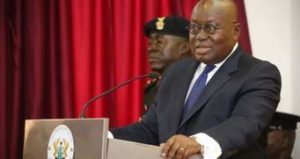 Preparation was completed yesterday with all busy roads being decorated and streets cleaned up. This is the second time the event is happening outside the Greater Accra region. In 2019 the event was held in the Northern region of Accra something that saw Akufo-Addo received a lot of applause. A lot is expected in this year’s celebration because it’s happening before the Country’s General elections which will happen later this year. Akufo-Addo is seeking his send term and is expected to impress a lot today.

Cancer symptoms you should never ignore

Made in Ghana – Here are 5 Items