Ghana is not going to rest despite economic gains – Akufo-Addo 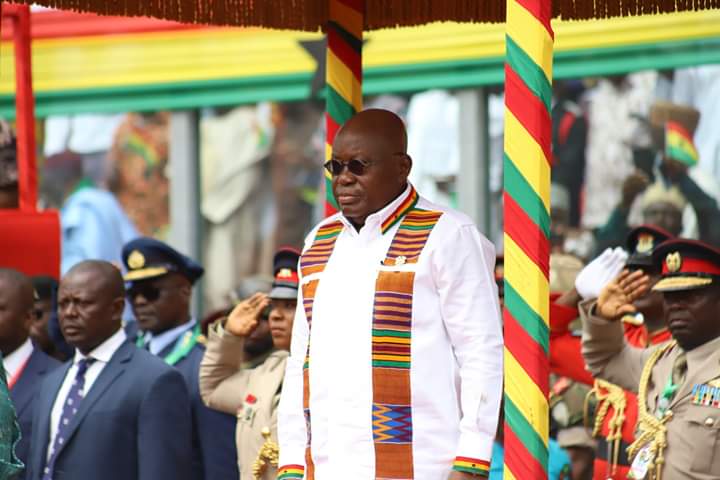 Ghanaian President Akufo-Addo speaking during the 63rd Independence day on the 6th of March stated that despite the current peace being enjoyed in Ghana and current economic success, poverty and infrastructural deficit continue to bring down the county. The president added that he was committed to tackling the problems and difficulties faced by ordinary citizens.

According to the president:

“We lament the infrastructural deficit that plagues all our lives and people who still live in poverty. But we have every reason to be thankful to God…for this is a blessed nation…As long as we have not achieved our economic goals, we cannot be complacent. But we can’t continue to talk ourselves down. We have been spared civil wars that have ravaged some other nations in our neighborhood. We can’t take for granted the peace and stability of Ghana.”

He added that the country will continue having peaceful elections noting that it was a testament it was a sign of the current democratic liberty experienced in Ghana. In his address, he pointed out that:

“We are in the 28th year of this Republic. We’ve had regular hard-fought elections and peaceful handovers….that is something we should applaud ourselves. We should never forget that…the path that we have chosen is not the easiest.”

Ghana celebrated its 63rd independence day on the 6th of March at the Kumasi stadium. The stadium was packed to capacity as citizens celebrated their country’s freedom from colonization. During the celebration, people were quick to note the absence of former president John Mahama who did not show up. Mahama is facing Akufo-Addo is this year’s election and the two are currently not in good terms.

Ghana is having its elections towards the end ot this year.  The election is expected to be a massive showdown between the two political heavyweights.