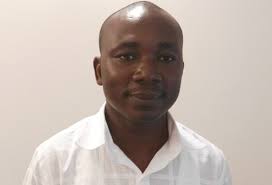 While speaking at an interview, renowned economist and finance professor at the University of Ghana Business School, Godfred Bokpin, has said it is not surprising to see Ghana return to Highly Indebted Poor Country (HIPC). The economist warned that Ghana’s economy is subject to experiencing a very negative impact after the December elections if the government continues borrowing and spending at the current rate.

“I am not surprised that we are back to HIPC. It can be understood and it can be explained. Currently, Ghana is spending 46% of its tax revenue generated in servicing its debt and it’s one of the highest in Africa. We’ll see the real effects of this after the election. Every cedi we generate, 46% goes to debt payment. The rest goes into paying wages and salaries.” Professor Bokpin said.

His sentiments on the return of Ghana to HIPC follow enlisting of Ghana as one among the Highly Indebted Poor Countries as per the records of the World Bank’s Website. These findings are backed up by a report that projects a shoot to 76.7% of Ghana’s debt to GDP from the current 68.3% by the end of December.

During the 2020 mid-year’s budget review the Minister of Finance Ken Ofori-Atta revealed that as of June Ghana’s public interest stood at $ 45 486.1 million. “Mr. Speaker, consistent with the front-loading of the government’s fiscal operations, the financing needs of the government were also front-loaded. As earlier stated, the COVID-19 pandemic has resulted in the tightening of global financial conditions. Fortunately, our US$3 billion International Capital Market financing was conducted in the first 2 months of the year. Also, the IMF’s US$1 billion rapid credit facility was also executed in April 2020”, the Minister reported to the house.