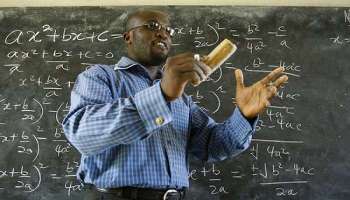 During the 6th edition of the national building Updates in Accra on the theme: “the teacher at the center of quality education,” Dr. Matthew Opoku Prempeh, the Minister of Education, announced Ghana’s position. He said that according to the new Global Varkey Foundation reports on the Global Teachers Status Index Survey published on October 22, 2020, Ghana is Ranked number 2 after China.

Global Teachers Status Index (GTSI) conducted the Survey. 35,000 participants from 35 countries worldwide assessed the welfare and the remuneration of teachers during the Survey.

The minister of education said that from 2017 Akufo’s Government has recruited and retained 93,724. Besides, this government wants to recruit 6,000 more teachers soon.

As part of the Governments’ accountability agenda, the weekly event is a platform for ministers, departments, and Agencies to account for their stewardship to the public. During the event, Dr. Opoku Prempeh, said that there are legacy arrears because the government has abolished the 3 months pay policy. He insisted that even though the government had paid 90% of the legacy arrears they had plans to pay the remaining amount.

Speaking during the weekly event he stressed “Nana Addo Dankwa Akufo-Addo believes that the teacher is critical and central to quality Education and therefore, instituted the ‘Teacher First policy as part of several important reforms in the education space,”
To improve the delivery of quality education in Ghana, Dr. Matthew Opoku Prempeh gave the assurance that the government will continue to put the teachers first and at the center of the education transformation agenda.

35,000 teachers are benefiting from the Teacher Responsibility Allowance, and they receive GHc1, 500 instead of the GHc500.To make the teaching proficient and attractive, the government introduced the twelve teacher-related allowances.

Soon the teachers will be required to have a minimum of a bachelor’s degree to teach in any basic school, because of the various changes being implemented by the government. Kufuor’s Administration converted the Teacher’s Training College to Education College to offer Diploma Certificates and could now offer Bachelor’s degree under the current government.

He said that John Mahama is not consistent with his promises in the education sector and therefore, Ghanaian should no fall for his promises. He insisted that the current government has kept their electoral promise and they can be elected again in the upcoming elections.