Ghana will go on with WASSCE exams despite Nigeria’s pullout 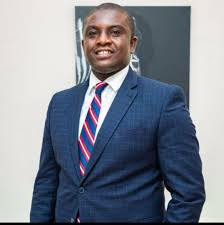 Kwabena Tandoh, the Deputy Director-General of the Ghana Education Service (GES) has said that Ghana will go on with the West African Senior School Certificate Education (WASSCE). The exams are scheduled for July 20, 2020, but Nigeria has already pulled out.

Tandoh commended after the Federal Government of Nigeria decided not to open schools over the safety concerns of students. The government also decided to call off the WASSCE exams until further notice. Tandoh noted that West African Examination Council had not notified Ghana of any cancellation of exams. He added that most countries had agreed that the exams be moved to either August or September.

“We have not received any communication officially to the contrary and usually, we receive our communication from WAEC through official channels at the Ghana National Office and so if there is something in the news media we would at least wait for official communication. But as far as we are aware all member countries have agreed.”

He went ahead to say when there was an Ebola outbreak in Sierra Leone and Liberia the exams still went on as scheduled. “It doesn’t change anything. Nigeria is still one of five countries. There are five countries, they all have an equal vote and so we have had instances for example in 2013 when we had the Ebola crisis. The rest of the countries; when you have a majority of the countries say they’re going to write an exam, the rest of the countries go ahead, WAEC makes specific arrangements for countries that are unable to write and so I believe that if with Nigeria making that decision once we receive the communication it’s still not going to change a thing.”

How to become successful in Ghana