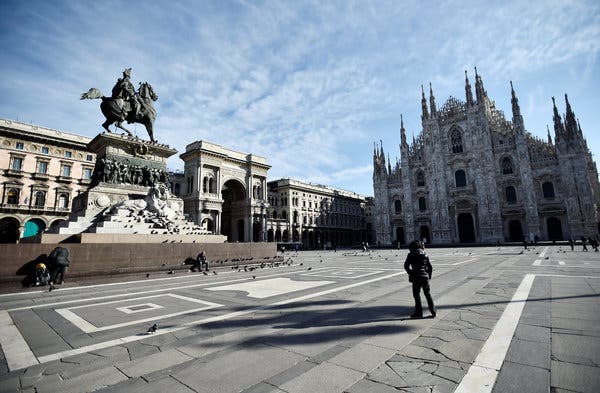 A young Ghanaian citizen is said to have died in Italy. The young man who was only identified as Kweku was a student in Italy which is currently the second most hit county in the world. The sad news was broken by Benjamin Sey through Twitter @calif_MUFC. According to the post, Kweku was the only child in their family and his mother had been hit hard by the death of her son.

Benjamin went ahead to caution Ghanaians to practice hygiene and be very cautious to avoid the deadly virus. In his tweet:

“R.I.P Kweku. For those of you out there thinking the virus doesn’t attack Blacks, well my friends in Italy died yesterday. I have to hold her mum here all day. Her only son died from the Coronavirus. It’s not easy to lose your only child abroad studying”

Benjamin went on to state that:

“He will be buried in Italy without her mum getting to see his son again. Stay safe out there people cos everything is real.”

The death is yet to be confirmed by the Ghanaian government. In Ghana 7 cases have been reported with the government putting up measures to stop its spread.

Shatta Wale says he has $2 million in his bank account

John Mahama asks for unity in the fight against COVID 19