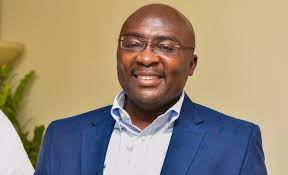 Dr. Mahamudu Bawumia tweeted a rare sporting message teasing Arsenal fans concerning the game between Manchester City and Tottenham. The vice president expressed his sadness through his Twitter handle following the defeat of his team. Manchester City defeated Tottenham by one goal.

The vice president’s tweet read, “I was having a good Sunday until Tottenham Hotspurs lost the final. Before any wisecracks from Arsenal fans they should note that they did not get to the final! Go Spurs!”. Arsenal, Tottenham, and other fans from other clubs reacted to Dr. Mahamudu Bawumia Post.

Akuapem Poloo has repented for being ignorant.