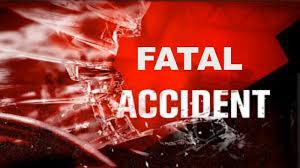 A somber storm is reported to have hit the National Patriotic Party (NPP) following the demise of the party’s campaign manager, Mr. Hudu, who died in a greasy road accident in Tolon constituency on the Saturday of October the 10th. Hudu died while returning from a campaign assignment in Cheshagu Electoral Area in the Tolon District where he has been the Assembly Member up to until his demise.

The greasily road accident involving NPP’S campaign manager was confirmed by Alhaji Iddrisu, the Parliamentary candidate for NPP, saying that Mr. Hudu died at the Tamale Teaching Hospital while receiving treatment a short while after he was involved in a motorbike accident.

“Until his demise this evening, Mr. Hudu was my campaign manager and the V20 Coordinator for the Tolon constituency. He was also the Assembly Member for the Cheshagu Electoral Area in the Tolon Constituency. Following this unfortunate occurrence, I have directed my team to suspend forthwith all campaign schedules until further notice. May Allah forgive our indefatigable and kind-hearted compatriot his shortcomings and grant him eternal bliss in Jannah. I love u and I will never forget the time we shared.” Alhaji Iddrisu confirmed.