Gyampo tells contestants to avoid getting financial assistance from one source 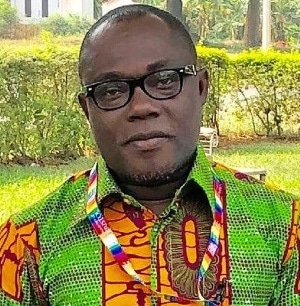 Ransford Gyampo, an Outspoken Political analyst and Associate Professor at the University of Ghana, has advised presidential contestants to overcome the temptation of raising money from only one source.

He stated that occasionally politicians fall into a mandatory entanglement with such people when they finally acquire political appointments.

Responding to the latest report of filing fees by the Electoral Commission, Prof. Gyampo exposed claims from certain quarters that the amount was shocking.

Some presidential contestants and associates are concerned about the GHc100,000 required of people who are interested in the presidency slot.

Nevertheless, he insisted that the amount charged by Ghana’s electoral body will assess the fundraising capacity of the contestants.

“I think that to be a president, one of the attributes, requirements, and one of the track records we’d have to look at before we give you a mandate to govern is your ability to fundraise. You should be a fundraiser. If they say you should pay GH¢100,000, I’m not sure they’re telling you to dip your hand in your pocket and pay…,” Prof Gyampo stated during an interview.

Mentioning the campaign plan of former US President Barack Obama and current contestant Joe Biden, Prof Gyampo clarified that politicians were required to embrace the inclusion of party followers and the state in raising funds to pay for the filing fees.

I was condemned for singing gospel reggae in Ghana – Mary Ghansah

Weija Citizens in fear after the murder of a woman