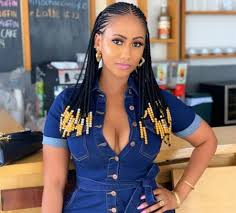 Showbiz personality, Hajia4Real, claims to be serious with the music industry. She has successfully set up a professional music Industry at her home.

She released her first single titled ‘Badder Than’ which has so far gotten divided views from music fans in the country. The visuals for the song are great and believe that as an artist she a great room for improvement. Even though the public has criticized her concerning her lyrical capabilities, the Queen has revealed that she is working on it at home.

Speaking during an interview, Hajia4Real said that the greatest of her goals is to improve on her signing capabilities because she has a studio at home. “Do you know that I have a professional studio set up in my home? I have never shown it to people on social media but today when I go home, I’ll take a video and post it so that they know I mean business,” Hajia4Real said.