Home Sports Hearts of Oak coach is not happy with his players regardless of their 6-1 win over Bechem United.
Sports

Hearts of Oak coach is not happy with his players regardless of their 6-1 win over Bechem United. 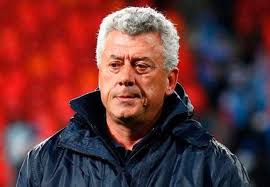 Coach Kosta Papic says that he is still disappointed with the performance of his players despite their 6-1 win. He showed his disappointment with the player’s failure to create and convert chances. Besides, the coach said that the win will be a morale booster for his team. He also said that unless the players follow up the win with another win it will be mean less.

He revealed the teams’ struggles, “We are still struggling tactically and technically to do something that is very important to us; that is to create more chances and score more goals. We used the advantage that we had and tactically we prepared for the second half.”

He cautioned the players to always make chances count as he guides them. “Papic is not going to produce the chances and score goals. My duty is to make them feel that it is possible and to try to score more goals than the opponent. Today we scored 6. We will see how many we are going to score the next week. We would try to score if the chance is there but if we are not trying then we are never going to score.”

Actor Kanayo O Kanayo’s community is celebrating him for being their first Lawyer.